January 5, 2012.  With growing concern about climate change, the carbon budget, depletion of fossil fuels, air pollution from dirty coal, radiation from nuclear power plants, and the need for a secure energy supply, more attention and funding are being diverted to renewable energy. Among the various types of renewable energy, wind has received a lot of attention, in part, due to opposition from communities earmarked for wind turbines and from communities that have experienced wind turbines firsthand.

However, it is much more complicated then that.  In addition to noise and shadow flicker, infra-sound (low frequency vibrations that we cannot hear), dirty electricity, and ground current can all contribute to ill health near wind turbines.  Since sensitivity to sound vibrations and electromagnetic waves varies from person to person, not everyone in the same home responds the same way.

With a growing interest in renewable forms of energy, the technology has to be not only energy efficient but also human friendly.

A paper on wind turbines by Magda Havas and David Colling’s  has just been published.   Abstract is below.  For a copy of the paper click here. 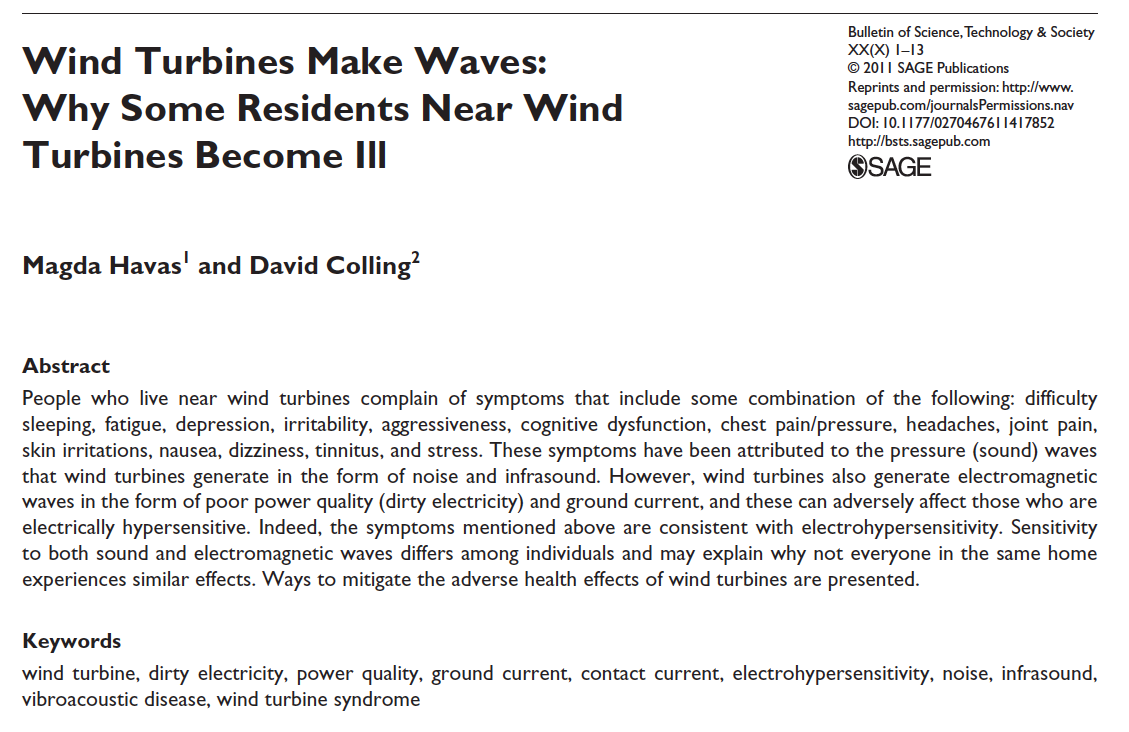