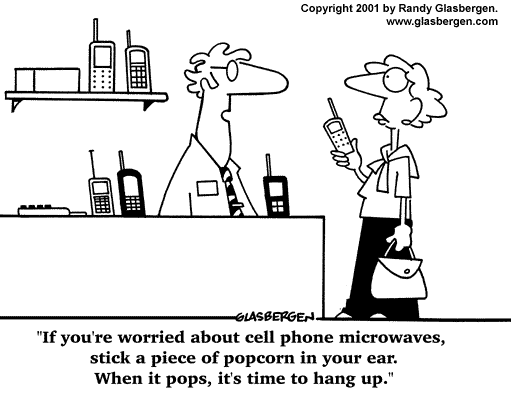 Why are we using some of the most lethal microwave frequencies for WiFi and digital cordless phones?

Dose-response (lethality) data have been obtained for rats exposed frontally to CW [continuous wave] microwave radiation in the frequency range 0.9 to 8 GHz. Approximately 1400 male rats of the Sprague-Dawley strain have been exposed in equal groups to four separate frequencies: 0.95, 2.45, 4.54, and 7.44 GHz. Power density levels have ranged from approximately 0.2 W/cm2 to 12 W/cm2[note:  US/Canada guidelines are 0.001 W/cm2] and lethal exposure durations from approximately 10 sec to 300 sec. Gross and histologic evaluation of selected tissues from some 20 animals has been obtained. The cause of death has been established as congestion, hemorrhage, and obstruction of nasal passages and/or congestion, hemorrhage, and often edema of the lungs. The lethality data have been subjected to a probit analysis, yielding LD50 curves for each of empirically fitted the four frequencies, and the LD50 values have been with a mathematical model. The LD curves very closely approximate the shape of rectangular hyperbolae.

Research conducted at Stanford Research Institute, Menlo Park, California in 1974, showed that experimental exposure to high levels of microwave radiation, well above U.S. and Canadian guidelines killed rats within a matter of seconds to few minutes.

The higher the power density (intensity of the radiation) the more quickly the rats died.  Of the four frequencies tested, the two most lethal frequencies (0.95 and 2.45 GHz) are commonly used for analog mobile phones (0.8 to 0.9 GHz); microwave ovens (2.45 GHz); and both digitally pulsed cordless phones and wireless routers (2.4 GHz).  The least toxic of the frequencies was 4.54 GHz (near 5.0 GHz also used for some WiFi systems).

The primary site of damage appears to be the blood vessels of the lung and respiratory tract with edema and hemorrhage representing changes in permeability of vessel walls.

Rats exposed to 0.95 and 2.45 GHz felt warmer than non-irradiated rats but there was no correlation between rectal temperature and mortality.  At the two highest frequencies, the rats did not feel abnormally warm to the technicians handling them. This is interesting as harmful effects are often attributed solely to heating, which, even at these very high intensities, may not be the case.

While this study showed the most lethal frequencies (at very high intensities) are 0.95 and 2.45 GHz, it is not clear if the order to toxicity for these frequencies is the same at lower intensities.

So why are the most lethal frequencies used for common household appliances?  Because this frequency range is not licensed.

Cell phone antennas, radio and TV broadcast antennas, radar, and other types of long distance wireless communication technologies require a license from the federal government to minimize interference of the signals in any one location. But, you do not need a license to operate your microwave oven, your WiFi, or your cordless digital phone.  These frequencies are unlicensed and hence popular for common household and office equipment.  That is why wireless gadgets in this frequency range are proliferating.