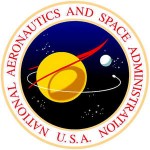 ABSTRACT: The book deals with problems of the effect of the microwave field on the organism, which are becoming more pressing with each passing year, since the power outputs of microwave generators are being increased and more and more persons are being exposed to this factor. The monograph consists of three parts.

The Introduction deals with the biological bases of the action of microwave electromagnetic radiation on the organism. Parts I and II set forth experimental material on the influence of high and low microwave intensities on the animal organism, characterizing the functional changes of the organism’s basic systems and its metabolism. Also considered is the question of damage due to microwaves combined with other factors and changes in the organism’s immunological reactivity, the properties of bacteria, viruses, and simple animals.

The Conclusion sets forth concisely the basic premises of the problem of microwave effects on the organism as reflected in the monograph and takes note of problems that require further study.

The book contains 24 illustrations, 36 tables, and a bibliography of 521 citations.

← New Study: Radiation from Cordless Phone Base Station Affects the Heart
Important review on Biological Effects of Antennas by Levitt and Lai 2010. →