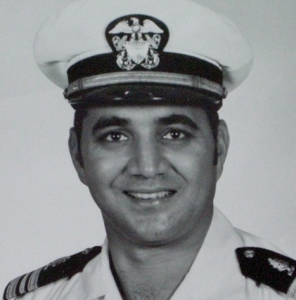 At the beginning of April 2010, a friend sent me a scanned document entitled “Bibliography of Reported Biological Phenomena (‘Effects’) and Clinical Manifestations attributed to Microwave and Radio-Frequency Radiation.”

This document first appeared on October 4, 1971, and what I received was the second printing with revisions, corrections, and additions, dated April 20, 1972.  It was a Research Report (Project MF12.524.05-0004B, Report No. 2) commissioned by the Naval Medical Research Institute, and was authored by Zorach (“Zory”) R. Glaser, Ph.D., LT, MSC, USNR.

On page 4 of this 106-page document, the security classification reads “unclassified”, and the distribution statement reads “This document has been approved for public release and sale; its distribution is unlimited.”

To my surprise, I learned that by 1971 there were more than 2,300 references to documents that detailed the biological effects of radio frequency and microwave radiation from various technologies including radar and mobile communications, navigational devices, and physical therapy devices such as microwave and shortwave diathermy. What an amazing find, especially since the World Health Organization and the wireless telecommunication industries continually state that there is no credible research showing that non-ionizing, non-thermal microwave radiation is harmful at levels below our existing thermal guidelines.

As I flipped through the report and the citations, I found hundreds of references translated from Czech, Russian, German and Polish laboratories; references from the U.S. Navy, Army and Air Force; as well as government reports and documents, many of which had not been published or mentioned in other literature.

What a treasure chest of research on the bioeffects and health effects of microwave radiation!

I wondered if Dr. Glaser was still alive, and/or still active in the field of radio frequency (RF)/microwave bioeffects, as I had no idea how old he was back in 1972.  Consequently I looked him up on the Internet, found a phone number, and called.  I reached an answering machine with a young woman’s voice, and left a message saying I wanted to speak with Dr. Glaser and, if this was the correct phone number, could he please return my call. (It turned out that I had reached the phone of Dr. Glaser’s adult daughter.) I wanted to thank Dr. Glaser for the remarkable work he did pulling together so many references on this topic.

The following day (Saturday), Dr. Glaser called me, and we had a long, animated conversation about his research during the past few decades and my research interests, which were remarkably similar.  He informed me that he had produced 9 supplements to the original 1971 bibliography, and now had cited well over 6,000 studies on the bioeffects and health effects of radio frequency and microwave radiation, and a number of these were studies showing that exposure to RF/microwave radiation was able, under certain conditions/circumstances, to produce changes, some of which could be considered dangerous (even at low levels where such exposure did not heat the body).  He said he would send me copies or the references for the supplements he had in his possession.

For those of you who are new to the dangers of RF/microwave radiation, federal guidelines in Canada, the United States, the United Kingdom, Germany, Japan, New Zealand, and those recommended by the World Health Organization (WHO) are based on thermal effects. “If it does not heat you, it does not hurt you”, the saying goes.  These countries/organizations deny that electromagnetic fields (EMFs) cause biological effects below the thermal threshold for microwave radiation.

Dr. Glaser is still considered to be one of the international experts in the RF/microwave bioeffects field, and I was most impressed with his knowledge, his insights, and his historical perspective.

Just before we finished our long insightful telephone conversation into both of our careers, I asked him if, by chance, he had any paper copies of those references.

Dr. Glaser said, “funny you should ask. As a matter of fact I have them all.  I kept the reports in my home (basement, attic and garage) for a number of years following my retirement from FDA, and then moved them into a large commercial storage space, and over the years offered them (consisting of about 45-50 large boxes) to scientists performing research in this field, and to government and university libraries, but no one seemed to want them.  I was planning to discard them, as I am now looking toward real retirement, and storing them is quite costly.”

Dr. Glaser mentioned that a number of lawyers, and a few individuals working for the wireless industry have asked him for parts of his collection but he declined to give the collection to them because he felt the information would be buried.  He indicated that he wanted the collection to be available to the public.

Before I knew what I was saying, I asked if I could have them. I would digitize them as PDF, put them online, and make them available to the public via the Internet.  He thought for a long moment, and finally said “yes”, with the provision that I would pick them up or pay for their delivery.  For a university research scientist like me, this was an opportunity equivalent to winning a lottery!

I learned that he lived in Maryland (between Baltimore and Washington, DC), and, as it happened, I was giving a lecture on the health effects of microwave radiation at the Johns Hopkins School of Public Health (his university where he earned the MPH degree in 1990) at the end of April, and we decided to meet.  He came to my lectures, and actually became part of the lectures by joining me, at my invitation, in answering some questions raised by the students and professors, and sharing his expertise with those in attendance, in the hope that the concerns for the possible dangers of RF/microwave radiation exposure would be considered by the public.

We then later visited the commercial storage unit, which was overflowing with many boxes containing thousands of reports and printed documents, and-after a quick peek at this treasure house of knowledge–we decided that once the documents was sorted to remove unrelated material I could pick them up. A few months later, I flew to Baltimore, rented a U-haul truck, and brought back the boxes overflowing with reports and printed documents.

The plan is to have the documents scanned (starting with ones that are more difficult to access, including government and military reports and translations of foreign technical articles) as searchable PDFs, and then make them available at my website. This is obviously going to take some time.

I sorted through this collection, found some of the “gems”, provided abstracts (where appropriate) and posted a summary in layman’s language on my website.  The series will be posted under the heading “From Zory’s Archive”.

The very first article that I will summarize (and make available) is the document that first brought Dr. Glaser’s work to my attention, his bibliography dated 1971/1972.

For those who think there is no proof . . . stay tuned!

← What do dancing cows and zapped dogs have in common?
Dr. Havas lectures at Total Health Show in Toronto →