If you want to avoid Wi-Fi on Air Canada flights read this.

September 8, 2018.  I received an email from Air Canada informing me that a growing number of their airplanes will soon have Wi-Fi connectivity for their passengers.  While Air Canada is very proud of this announcement, believing that this is what their customers want, a growing number of people are no longer able to fly on planes with Wi-Fi on board.  Why?  Because they have become intolerant of microwave radiation.  When they are in a metal cabin the Wi-Fi radiation is reflected by the metal and parts on the plane may have hotspots (higher than average levels of microwave radiation).  So while some customers may welcome this news, others will continue to avoid planes with Wi-Fi.

Smoking was initially “assumed” to be safe and even when the medical community linked smoking cigarettes to lung disease and heart problems, the tobacco industry continued to deny there were any health problems with their product.  The same is true with wireless technology.  Initially radio frequencies and microwave radiation  were assumed to be safe, but scientists and doctors are finding increased cancer risk, impaired health of sperm, and various symptoms classified as electro-hyyper-sensitivity (EHS) and the wireless industry continues to tell us this technology is safe (history is repeating itself).

Truth eventually prevailed with tobacco and we now have smoke-free environments and smoking is no longer allowed on airplanes.  Thank goodness!

We also need Wi-Fi free environments and airplanes should be the first to embrace this concept as it will save them a lot of money retrofitting all their planes.  Surely people can stay disconnected for a few hours and simply enjoy their flight, their meal, and their on-flight entertainment.

The ideal preferences would be (1) no Wi-Fi on board an airplane;  (2) Wi-Fi free zone on planes (don’t confuse this with free Wi-Fi); (3) ability to turn off the Wi-Fi transmitter if no one is using the technology.   These Wi-Fi free zones or  “white zone” would be a popular request for those of us who do not want to be exposed to any more radiation than absolutely necessary.  We are still exposure to radar and to cosmic radiation at these high altitudes, which are unavoidable, but we shouldn’t be exposed to Wi-Fi microwaves as well!

The information provided below comes from Air Canada. 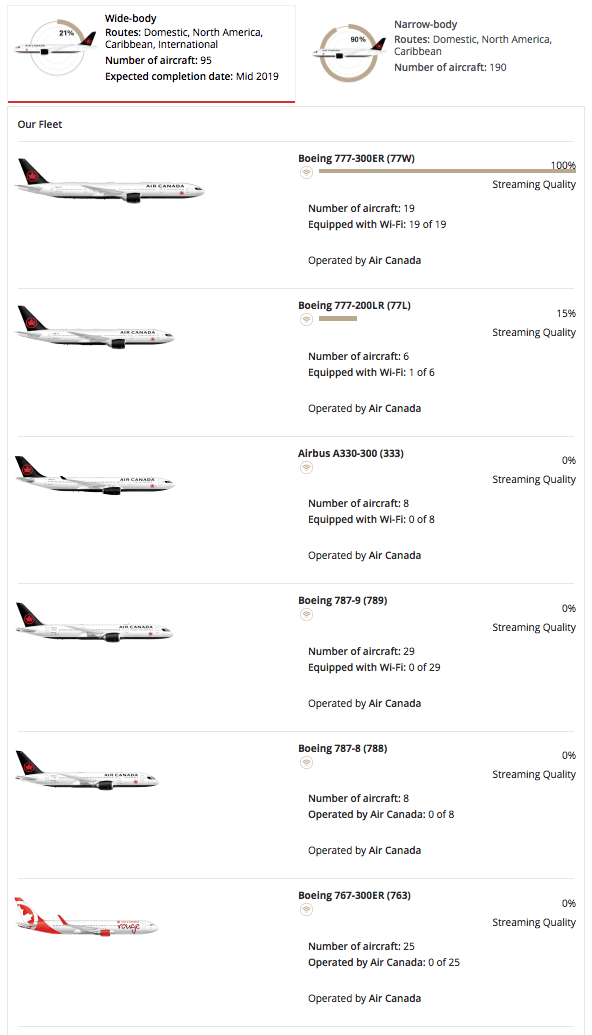 ← Beware of the modem that comes with Bell Fibre Optics! Open Letter to Bell.
Key Concerns about Health Effects of 5G and Wireless Smart Technology: Discussing the 5G Experiment →