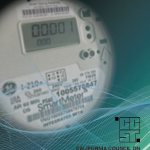 January 17, 2011.  The California Council on Science and Technology (CCST) released their report on Smart meters “Health Impacts of Radio Frequency from Smart Meters”. Click here to download this document.

CCST invited me to submit a written report as part of a Technical Response Team in October 2010.  Note:  CCST did not offer, and I did not request, payment for my report.

In December I was informed that neither my report nor any of the others would be appended to the final document nor would they be made available to anyone.

My submission does not support the final conclusions in the CCST report and I provide it here for anyone interested.  For a pdf copy click here.

My overall conclusions are as follows:

In conclusion, I have great concern regarding the current levels of microwave radiation in North America.  Instead of promoting wireless technology, we should be promoting wired technology and reserving wireless for situations where wired in not possible (while one is traveling for example). Shortly after X-rays were discovered, they were used in shoe stores to determine shoe-size for young children. Fortunately, we recognized that X-rays were harmful and we restricted their use to essential medical diagnoses. We need to recognize that microwaves are also harmful and we cannot use this technology in a frivolous manner. With more frequencies being used, with the levels of radiation increasing, and with so little research on the long-term, low-level effects of this technology we are creating a potential time bomb. If smart meters are placed on every home, they will contribute significantly to our exposure and this is both unwise and unsafe.

On July 30, 2010, California State Assembly Member Jared Huffman (San Rafael) asked the California Council on Science and Technology (CCST) to provide an assessment of the safety of Smart Meters.

On August 16, 2010, CCST agreed to compile and assess the evidence available to address the following two issues:

1.    Whether FCC standards for Smart Meters are sufficiently protective of public health taking into account current exposure levels to radiofrequency and electromagnetic fields.

2.   Whether additional technology specific standards are needed for Smart Meters and other devices that are commonly found in and around homes, to ensure adequate protection from adverse health effects.

On October 4, 2010, I was invited to be part of a Technical Response Team and, as part of that team, I was asked to provide a written response to two key concerns mentioned above.

On December 13, 2010, I was informed that CCST was not appending any documents to their report, nor were they making these documents available to others, but they were recognizing those who contributed.

On January 11, 2011, CCST released their report “Health Impacts of Radio Frequency from Smart Meters” on their website: Click here to download this document and to provide comments.  CCST is receiving public comments until January 31, 2011.  http://www.ccst.us/news/2011/20110111smart.php.

Let us hope that this process will be transparent and that all documents CCST receives will be made public on their website.