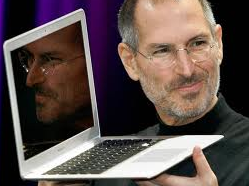 I am a long-time Apple user. My first Apple computer was the Apple 512k that I used as a “portable” computer for several years. You opened the world of technology to so many people who could intuitively use a Mac with no need for instructions. I use it for my teaching (as a university professor) and my research (on electrosmog and electrosensitivity). For that I thank you. Your products, since those early computers, are marvellous but I have some serious concerns about the wireless components.

I work with people who have become electrically sensitive and become ill when exposed to radio frequency radiation. The US government is unwilling to acknowledge how dangerous this technology is so it is up to industry leaders and innovators, like yourself and your company, to lead the way.

Have your scientists been honest with you about the dangers of RF radiation or have they tried to shield you from this information? This is what the science is showing and it is likely to get a lot worse so please consider innovations that allow users to connect as safely as possible.

The pulsed radio frequencies have been associated with various types of cancers including–but not limited to–gliomas (brain), acoustic neuromas (ear), uveal melanomas (eyes), and parotid (salivary gland) tumors that appear, often on the same side of the head exposed to a cell phone, after 10 years of moderate to heavy use. Kids are at a greater risk because they don’t have a developed immune system and their cells are dividing rapidly. Exposure to the radiation generated by cell phones and wireless computers are linked to deformed sperm that swim slowly and die quickly. This–in turn–is contributing to problems with declining fertility for couples wanting to get pregnant. Cell phone users complain of headaches, skin problems, brain fog, depression, anxiety, ringing in the ear. Those who live near cell phone antennas have similar complaints including difficulty sleeping, body pain, nausea, and dizziness.  The risk of cancers, for those living near these antennas, is increasing.

Radiation affects the immune system and can lead to secondary ailments. It places stress on the body as shown by heat shock protein research. It increases the permeability of the blood brain barrier allowing potentially toxic substances to enter the brain. I could go on but I think you get the point. By allowing apps on smart phones that enable people to measure their exposure to radiation, you will help raise their awareness and allow them to make more informed choices about when and how they use their smart phones, wireless computers, ipads, etc. We are not going to give up our smart phones, just like we are not going to give up our cars, but learning how to drive safely and having seat belts and other innovations that protect the occupant and those on the road are as vital for the car driver as they are for the billions of mobile phone users.

The two most important aspects of a quality life are having loving friends and good health. With your many innovations you enable friends to keep in touch . . . now enable them to do so safely without sacrificing their health.

Very sorry to hear about your recent resignation and your on-going health problems. May your health improve and may you take this message seriously and instruct the many brilliant staff working for Apple who can make a difference to do so . . . for the good of humanity.