Lessons from the Interphone Study 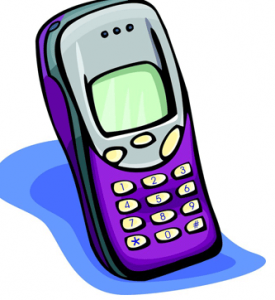 May 20, 2010.  The recent article, “Brain tumour risk in relation to mobile telephone use:  results of the INTERPHONE international case-control study” that appeared in the International Journal of Epidemiology on May 18, 2010, (2010:1-20) clearly demonstrates the flaws with the way we fund, conduct, review and report on science that deals with products that fetch billions of dollars and place at risk, at least potentially, billions of lives.

The INTERPHONE study, the largest (5,117 brain tumor cases) and most expensive ($25 million dollars) study on cell phones and brain tumors, involving scientists from 13 countries, was flawed from the very beginning. Whoever designed the protocol did it in such a way as to minimize finding any adverse effects.  Despite this, adverse effects were reported — a 40% increased risk of glioma (a type of brain tumor that affects the glial cells in the brain) for those who used a cell phone for at least 1,640 hours with the highest risk for tumors in the temporal lobe and on the same side of the head that one exposes to the cell phone.  In other words most of the tumors occurred in the part of the brain receiving the greatest radiation for those who had the longest exposure.  And what did the authors do with this result?

They attributed it to biases and error.  Why?

Second Example:  People who use cordless phones are exposed to virtually the same type of radiation yet they were not identified as exposed in this study.  The cigarette analogy is comparing those who smoked one brand of cigarettes with those who smoked a different brand but this second group is labelled as “non-smokers”.  This also favors a “no-effect” result. We must recognize that even those people who do not use mobile phones (cell and cordless phones) are exposed to the radiation from nearby users, from nearby cell phone antennas and now from wireless routers as well as city-wide WiFi in a growing number of communities.  So the best we can do is compare users with those who are exposed to the equivalent of second-hand smoke.  This also under estimates the real risk of microwave exposure.

These two biases were so powerful that the final result showed that cell phones prevented brain tumors!

Third example: brain tumors take decades to develop in adults yet only a small fraction (less than 10%) of those people in this study used cell phones for more than 10 years. Just as you wouldn’t expect to find lung cancer in a smoker after 4 to 5 years, you would not expect to find a brain tumor for a cell phone user during this short period of exposure either.

Forth example:  participants were restricted to those between the ages of 30 to 59.  Younger and more vulnerable participants were excluded from this study.  This flaw is now being addressed with a new study based on younger users.

These experimental flaws and the obvious bias in the experimental design should have been caught early and corrected.  But it wasn’t.  Why?

How could so many of the leading scientists in this field allow this to happen? Were they lured by the funding, which came-in part-from the very industry whose product was being studied? There were so many flaws in the experimental design that this article in the International Journal of Epidemiology should not have been accepted for publication by a peer-reviewed journal.  Indeed, the reviewers, whoever they were, should have recommended that this article be rejected or accepted only after major revisions.  This demonstrates problems with our peer-review process that the scientific community values so highly but that process is deeply flawed, and this is just one example.

This study demonstrates that funding (25% of which was provided by the wireless industry) can have a effect on the outcome of a publication.  This has been shown time and again (with microwave radiation and with other environmental toxins including cigarettes) so why would we expect this study to be different.  Indeed several of the authors identified conflicts of interest and associations with the wireless industry that went beyond the funding of this study.

It shows that a flawed experimental design produces unreliable results. The two major results from the Interphone study is that short-term use of cell phones provides protection against brain tumors and long-term use increases the risk of gliomas.  The authors attributed both of these findings to biases and  error!

Why were Interphone related documents called Appendix 1 and 2 published separately in the same journal? Why were these appendices not part of the original report?  Was it because they showed higher levels of risk for both types of brain tumors?

We have included these important documents in PDF format for you to view.

So what can we learn from this experience?

We learn that funding can influence the results of a study no matter how much scientists attempt to be objective.

We learn that bigger is not necessarily better.  Had the $25 million dollars been given to independent scientists in various disciplines to determine the biological effects of cell phone use we would have been much further ahead than with the INTERPHONE study.

We learn that a flawed experimental design produces unreliable results. Even the authors of this study claim it is inconclusive and unreliable (since they state that the effects of due to biases and error).

We learn that compromise is necessary for setting standards and establishing policy but not for conducting science.   Science is not done by committee or by consensus and compromise.  The majority is not always right and we have plenty of examples from various scientific disciplines to demonstrate this.

As I read the INTERPHONE report and interviews with participating scientists, I sensed the frustration with the process and can now understand why it has taken so long to produce this document.  I expect that some of those involved are deeply frustrated and perhaps even embarrassed by the outcome.

Elizabeth Cardis, head of the INTERPHONE study, was quoted as stating:  “In my personal opinion, I think we have a number of elements that suggest a possible increased risk among the heaviest users, and because the heaviest users in our study are considered the low users today, I think that’s something of concern. Until stronger conclusions can be drawn one way or another it may be reasonable to reduce one’s exposure.”

This is a wise comment that we should all heed.

Click HERE to listen to an interview with Elizabeth Cardis.

Cardis is a co-author of a paper showing an increase in Salivary Gland Tumor on the same side of the head that one exposes to a cell phone after a 10-year latency period.  She is also now heading up a study with young users, called Mobi-Kids.  Let’s hope that this new study corrects the flaws of the INTERPHONE study and produces reliable results.

Major advances in science often start with individuals who are curious and want to come as close as possible to understanding the truth about some aspect of our physical reality; individuals who are able to put aside their preconceived notions when they stumble across an unexpected result. Indeed it is these unexpected results that propel our understanding of science and it is those who recognize the value of the unexpected who become known for their “discoveries”.

Thomas Kuhn described this process and called it a paradigm shift.  It refers to a revolutionary change in the way we understand some aspect of science. It is often opposed until the evidence becomes so overwhelming that it can no longer be denied.

We are currently in the midst of a paradigm shift when it comes to understanding the biological effects of non-ionizing radiation.  The evidence that this form of energy causes biological and health effects that are unrelated to heating is now overwhelming.  It won’t be long before the “old school” of thinking is replaced with the new, and when this happens we will see rapid growth in our understanding of both the harmful and healing effects of this type of radiation.  It is my hope that we will also see a shift to safer technology and improved guidelines for protecting public health.

To ensure this happens within the next decade rather than the next century we need independent funding of science on the biological effects of non-ionizing electromagnetic energy.  The money spent on research will be repaid many times with the money saved on health care costs, disability compensation for those who develop electrohypersensitvitiy, and improved performance at work and school.