July 5, 2016.  I recently learned that Wi-Fried, produced by Maryanne Demasi and aired on ABC, Catalyst in Australia, has been removed from public viewing. 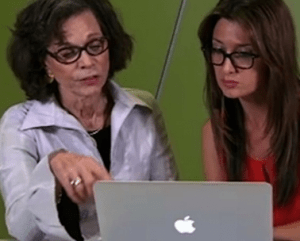 As a scientist who does research in this area I find this documentary to be among the best I’ve watched so far.  It raises awareness and shares concerns that scientists and medical doctors have about our rapid expansion of wireless technology and exposure to radiofrequency (RF) and microwave (MW) radiation.  Well-respected experts in the field were interviewed and the information provided was accurate.  Multiple sides of the issue were expressed, which is the norm in “balanced” reporting.

Reporters and documentary makers should not shy away from controversial issues.  Indeed some of the best documentaries are controversial.  The fact that “not all scientists” agree that “radiofrequency radiation is harmful below guidelines” is not novel and should not be used as the reason to remove this documentary from public viewing.

The weight of evidence (as applied in science rather than a court of law) is a highly robust assessment and the weight of evidence clearly indicates that RFR is harmful at levels below international guidelines.  There is nothing “unorthodox” about this perspective.  Indeed, thousands of scientific papers have been published documenting that RF/MW radiation causes cancer, damages sperm, and contributes to symptoms of electrohypersensitivity at levels well below those deemed to be “safe” in Australia.  Mechanisms include–but are not limited to–abnormal calcium flux from cells, increased permeability of the blood brain barrier, increased histamines and cortisol (short-term), increased stress proteins, DNA damage, increased oxidative stress, decreased neurotransmitters, decreased hormones and impaired repair mechanisms.

Some “disagreements” about agents that may be harmful to the environment or human health are manufactured by the very industry that gains financially from the sale of these agents, and the wireless industry is no different.  Several examples of tobacco and asbestos were provided in the documentary and there are many more from lead to mercury to DDT to acid rain to climate change.  The more powerful the naysayers the more important it is to have these documentaries aired.

Even the wireless industry states that the devices should not be kept on the body and government agencies in many countries are providing information on how to minimize exposure to radiofrequency radiation.  School Boards that were early adopters are removing Wi-Fi from schools.  Guidelines for RFR range orders of magnitude in different countries, which indicates that the thermal guideline (used in Australia and Canada, Britain and the United States) is not the only guideline recognized by governments.

Since this documentary aired, the National Toxicology Program in the United States released part of their $25 million rat study (May 2016), which reported an increase in two types of tumors in male rats that are similar to tumors reported in people who use cell phones, providing additional support for the link between RF exposure and cancers.

Few people realize that this is the second multi-million dollar rat study conducted in the U.S.  The first (Chou et al. 1992), conducted by the U.S. Air Force, showed an increase in primary and metastatic tumors indicating cancer causation at 2.4 GHz (same frequencies used in Wi-Fi).

The two most common exposures and the ones increasing most rapidly in the environment are from cell phone radiation (and cell towers) and Wi-Fi routers (and similar devices that use 2.4 GHz frequencies) and these were the key exposures presented in Wi-Fried.

I expect ABC is aware of the International EMF Scientist Appeal, signed by more than 220 doctors and scientist from more than 40 countries.  All of the signatories to this Appeal have published peer reviewed scientific papers in this field.  The Appeal was sent to the World Health Organization and the United Nations June 2015.  This is not a trivial matter as most scientists are conservative and are seldom willing to sign appeals and petitions.  And this Appeal follows almost two-dozen similar appeals and petitions to government agencies since 2000.

Clearly vested interest groups want the Wi-Fried documentary removed.  However, removal is a form of censorship and censorship in a democratic country is a serious issue.

Trust that wisdom and courage will prevail at ABC and the documentary will be returned to public viewing and that ABC will stand behind Maryanne Demasi, the producer of this documentary, who should be congratulated rather than criticized.

Don’t kill the messenger because it will set a bad example and will erode the credibility of ABC and other broadcasters.