December 13, 2014.  In 2013, grade 9 students in Denmark performed a science experiment and found that radiation from cellphones prevented the germination of cress seedlings.  The cress exposed to cell phone radiation (photo on right) failed to germinated when compared with the cress that acted as a control or no radiation exposure (photo on left).  Photos courtesy of Kim Horsevad, teacher at Hjallerup Skole in Denmark.

We repeated this experiment with pea seeds and exposed them to microwave radiation from a combination of Wi-Fi router, cordless cell phone base station, and wireless baby monitor.  All three of these devices in North America send out a constant beacon signal. What this means is that they emit microwave radiation constantly,whether they are used or not.  In Europe voice-activated cordless phones and wireless baby monitors are available and these have much lower time-weighted exposures and are, presumably, safer to use.

We mimicked someone who has a Wi-Fi router, a cordless phone, and a wireless baby monitor beside their bed.

Levels of radiation in the reference (unexposed) plants was 0.036 milliW/m2. Levels of radiation in the exposed plants was 1,155 milliW/m2.  International exposure guidelines are 10,000 milliW/m2, so levels were well below (i.e. 12% of) these guidelines.  Temperatures were  maintained between 21 to 23 C and relative humidity was between 67 and 70%.  Plants were exposed to 16 hours of  light and 8 hours of  dark during a 24-hour period.

Fewer peas germinated  and root and shoot growth were reduced in the microwave exposed plants compared with the reference plants. 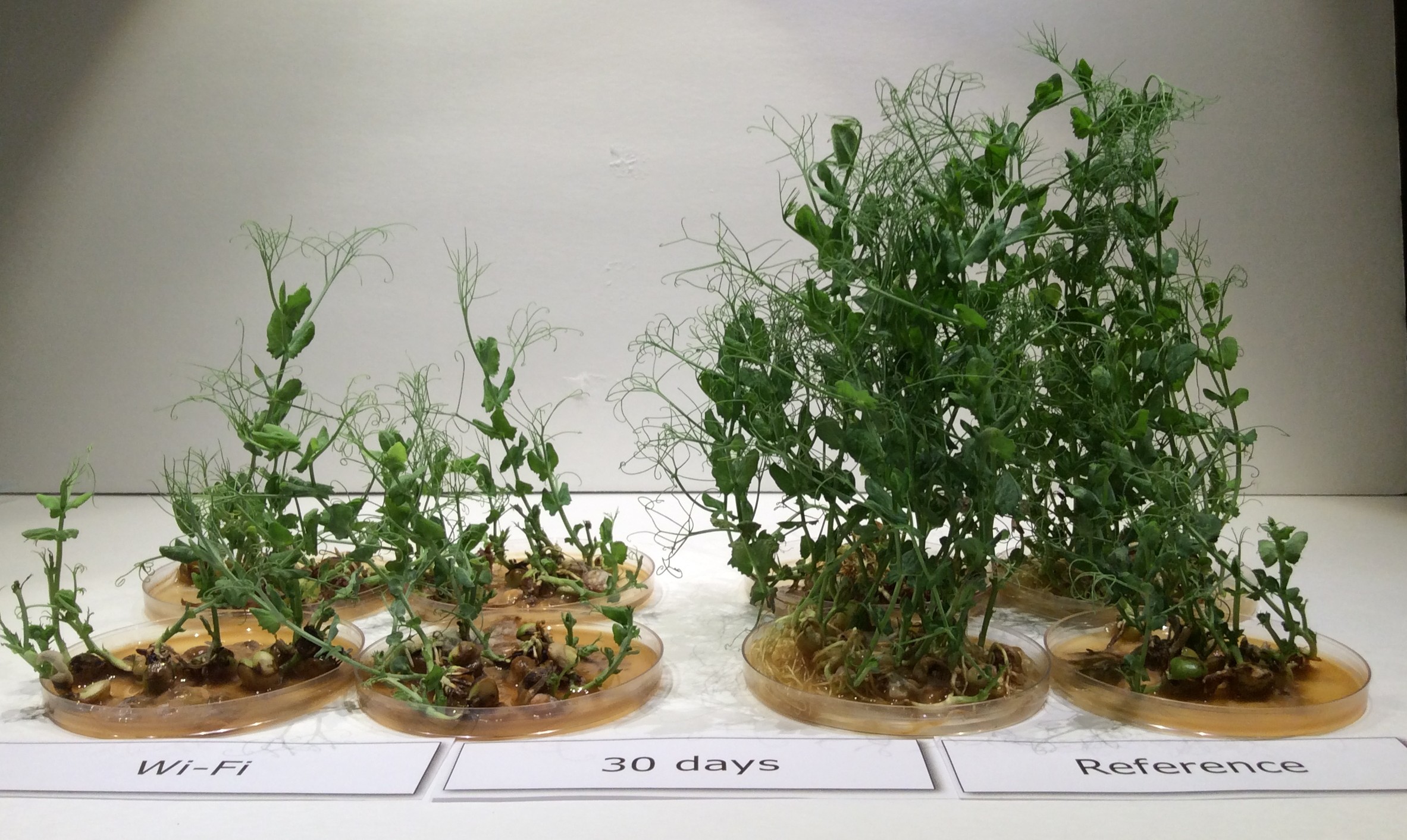 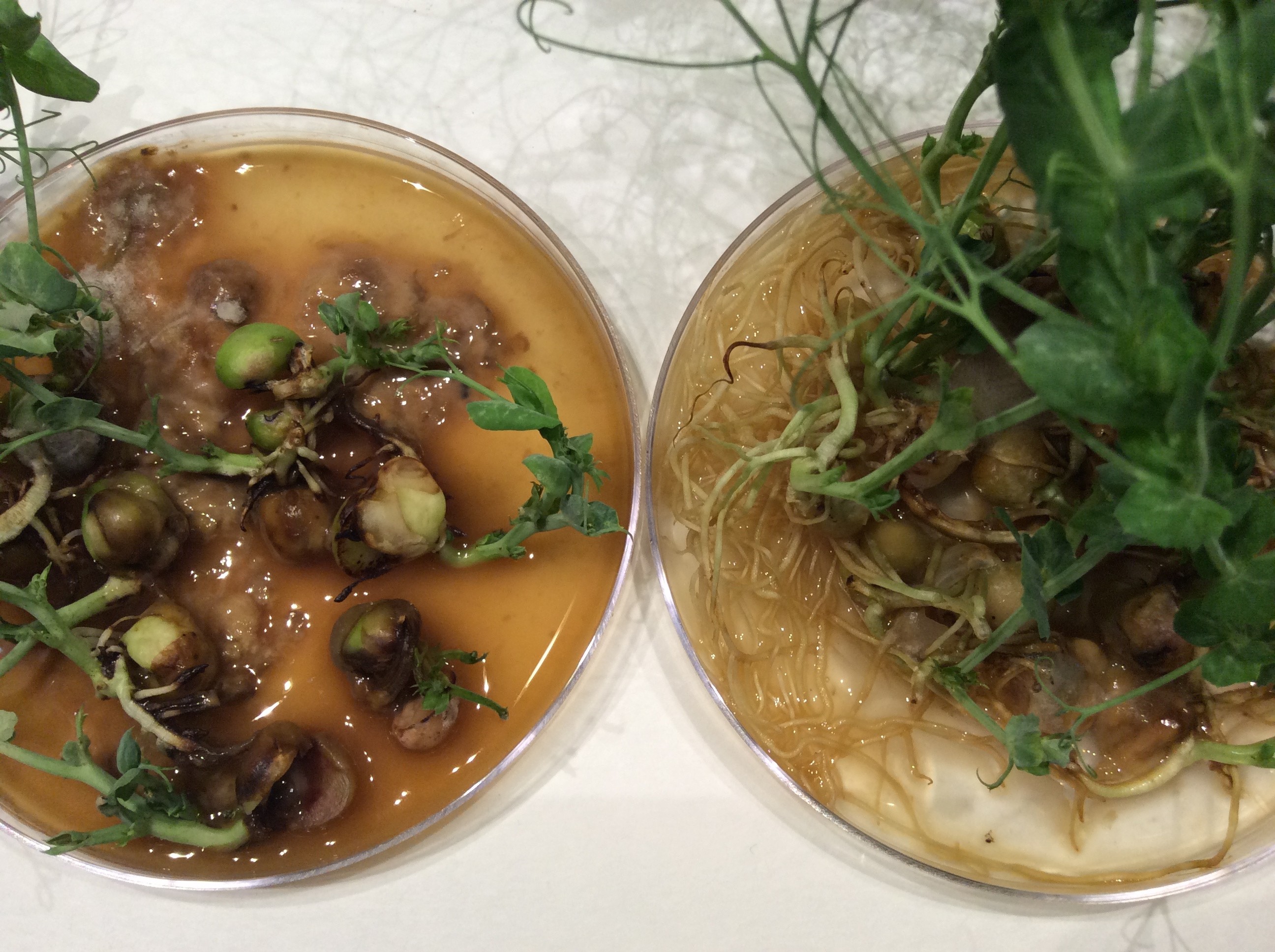 These results clearly show that microwave radiation generated by common household appliances and at levels below international guidelines are harmful to plants.

Knowing this most people would not deliberately expose their plants to this radiation.  So why do they exposure themselves and their families and continue to use wireless technology in the home?  Why are children and teachers at school exposed to Wi-Fi? Why do we allow cell phone base stations to be placed near homes and schools?

Practicing good electromagnetic hygiene includes replacing wireless technology with wired technology and for those who are unable to live (at least until they become ill) without their wireless gadgets–at the very least–turn off these devices when not in use (Wi-Fi, cell phone) and convert to voice-activated cordless phones and baby monitors.  Demand that these items be made available in North America if you care about the health of your loved ones.

← Our love affair with wireless technology is making us sick.
What do stress and singing plants have in common? →