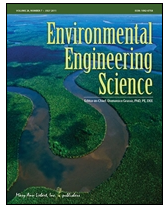 We have been told that these bulbs contain 0.5 mg of mercury and that lower mercury-content bulbs will be produced in the future, yet many bulbs exceed this value as shown in the article below.

What does this mean?

Let’s look at the water quality guidelines for mercury as a comparison.

The maxiumum concentration of total mercury in drinking water is 1.0 micro gram per litre.  That number is 0.001 mg mercury per litre of water.   Therefore the mercury content of a CFL bulb, at the nominal 0.5 mg per bulb, is  500 time higher than the concentration in a litre of drinking water!

Is there anyone out there who is a watch dog for this product or can CFL manufacturers do anything they want? We don’t allow lead paint on toys from China yet we import light bulbs that contain mercury!  This is not a bright idea for us, for the environment, or for the Chinese workers.  Click here to read ‘Green’ lightbulbs poison workers, Hundreds of factory staff are being made ill by mercury used in bulbs destined for the West.

According to Li and Jin (2011), CFL bulbs continue to release mercury vapor for more than 10 weeks once broken.  “Total amount of Hg [mercury] vapor relased from a broken CFL can exceed 1.0 mg, which can cause Hg [mercury] levels in a regular room to exceed the safe human exposure limit under poor ventilation conditons.”

Mercury, as long as it is contained within the light bulb is not a problem.  But if the CFL bulb breaks, either in the home or at the dump, the mercury is released into the atmosphere contributing to the global load of mercury.  In the home the neurotoxic mercury can be inhailed by the occupants if a bulb breaks.  Rapid clean-up according to the U.S. Environmental Protection Agency (EPA) is highly recommended as is proper disposal at a toxic waste site that is equiped to handle these light bulbs.  Click here for EPA recommendations.

The fact that Canada is considering extending the deadline for banning energy inefficinet light bulbs for two more years is a breath of fresh air.

Reducing greenhouse gases is a noble venture but not with products that are poisons to both humans and other life-forms.  Surely our engineers and designers can do better than this!

← Conflict of Interest: the Wireless Industry and ICNIRP
How to properly read a scientific paper–Adolescent brain tumours and mobile phones. →