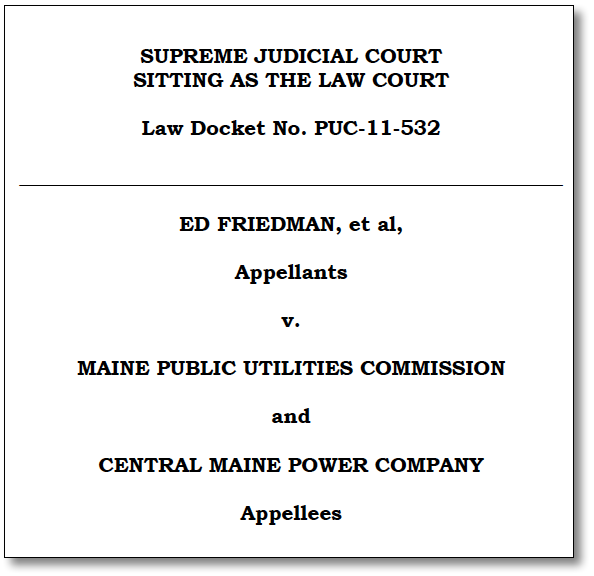 January 11, 2012.  On February 25, 2010, Maine Public Utility Commission issued an order to approve the installation of advanced metering infrastructure (AMI) by Central Maine  Power Company (CMP).  The development of this technology was authorized by both federal and state legislation but neither the U.S. Congress nor the Maine Legislature has enacted legislation that mandates participation by electricity customers, or that authorizes utilities to implement mandatory programs.

Federal support for the development of smart meter systems began with the Energy Policy Act of 2005, was supplemented with passage of the Energy Independence and Security Act of 2007, and funded by the American Recovery and Reinvestment Act of 2009, which set aside $11 billion for the creation of a smart grid.  The Energy Policy Act of 2005 established an optional standard by which utilities are required to make a time-variable rate structure (often accomplished with wireless, digital smart meters, but also with analog meters and wired meters) available “upon customer request.”

On July 29, 2011, the Appellants filed their ten-person Complaint. The Complaint includes extensive citations to peer-reviewed science reports and other documents and publications in support of the allegations that include health and safety, privacy, property rights, constitutional violations, and discrimination.

For those who are interested in following this case,