KPRD School Board silences opposition to WiFi in Schools. 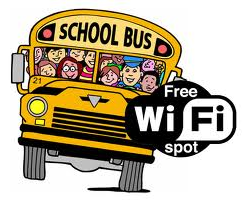 I asked to be a presenter but was not given permission despite the fact that new information from various organizations has been recently made available and that I have scientific expertise regarding the health effects of radio frequency radiation.  I was told ” this is not a debate”.

The School Board approved having WiFi installed in KPRD schools earlier this year, despite the fact that parents and others presented evidence that this form of radiation may not be safe and that it was better to err on the side of caution.  Medical Doctors (David Carpenter and Stephen Sinatra) wrote to the school board stating this radiation was not safe.

The recent (May 31, 2011) World Health Organization reclassification of radio frequency electromagnetic fields (which includes WiFi radiation) as a “possible human carcinogen” is being ignored.

The recent recommendations by the Parliamentary Assembly Council of Europe (Canada has observer status) that “for children in general, and particularly in schools and classrooms, give preference to wired Internet connections, and strictly regulate the use of mobile phones by schoolchildren on school premises” is being ignored.

Studies at Queen’s University (Kingston, Ontario) and elsewhere, which show that this radiation (from cell phone and wireless computers) affects sperm quality and may adversely affect reproduction, is being ignored.

Parents are silenced.  Trustees are not returning calls.  Teachers have been disciplined for questioning school board policy.  Teachers who are sensitive to this radiation fear that they will not be able to continue teaching once the WiFi routers are activated.

We asked that wired internet access be used (indeed this is already present at many schools).  But this request was ignored.

If WiFi is installed, we asked that the system be designed so that:

We have yet to hear if any of these recommendations are being seriously considered.

We are told that the level of radiation from WiFi in classrooms is so low it can’t possibly have any health effects. Yet, levels of radiation at a school in Collingwood exceeded the Safety Code 6 Guidelines in one classroom nearest the computer!  Click here for this report.  Clearly those making such statements about how low levels are and that they can’t possibly have biological effects are unfamiliar with the research.

As I scientist, who knows how harmful this radiation is, it is impossible for me to remain silent. If it weren’t for the children, I would walk away from this, allow the school board to install WiFi and then document the changes over time.  Some children will remain unaffected but some will become ill immediately and others will become ill over a period of time.  How many will develop cancer and have reproductive problems only time will tell.  The same will happen to teachers.  The question is no longer “if this will happen” but rather “how many will be adversely affected and how quickly”.

No University Ethic Board in North America would grant permission for this type of research (i.e. to expose children, grades K to 12, to low level microwave radiation for hours each day for 13 years and to study the biological effects).  And while schools and libraries in other parts of the world are removing WiFi, the KPRD School Board is going ahead with this experiment despite International Authorities recommending otherwise.

We exposed children to lead, to asbestos, to DDT, to second hand smoke before we realized this exposure was harmful.  Now toys from China with lead paint are returned and make headline news!  Yet we are willing to expose children to microwave radiation in the classroom AFTER we are told this radiation is unsafe at levels below existing federal and international guidelines.  This is willful ignorance and has legal implications.

In a recent letter I sent to Ms Diane Lloyd, Chair KPRD School Board, I shared with her three of my favorite quotes.  I provide them here.

“Facts don’t cease to exist just because they are ignored.” –Aldous Huxley
“All truth passes through three stages.
First, it is ridiculed.
Second, it is violently opposed.
Third, it is accepted as being self-evident.” –- Arthur Schopenhauer
“Never doubt that a small group of thoughtful, committed people can change the world.   Indeed, it is the only thing that ever has.”  –Margaret Mead

Those of you who are reading this message, please do not let this happen in your community.  Children are precious.  As adults it is our responsibility to protect them.

Minimizing microwave and radio frequency radiation in schools is essential and that means preventing or regulating the use if WiFi and other types of wireless technology inside school buildings and ensuring that antennas (broadcast, radar, cell phone, WiMax) are placed  as far away from school property as possible.