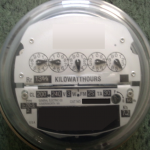 January 2010. A few years ago I was contacted by a Susan Stankavich who complained that she and her husband were experiencing ill health and their symptoms were getting worst as more cell phone antennas were constructed in their community.

She mentioned that her electricity bill was also increasing at the same time despite the fact that they owned few electronic devices as they were both electrically sensitive. She wondered if her electrical bill was affected by the radiation from the cell phone antennas.

I discussed this with Dave Stetzer, power quality expert in Wisconsin, and he told me that some watt-hour meters give inaccurate readings because they are calibrated for a pure 60-Hz sine wave. Higher frequencies cause the meter to spin more quickly, giving the impression that you are consuming more electricity than in fact you are.

I asked the Stankavichs to send me their electricity bills for the past few years and I compared the values to local weather conditions to see if that could account for the difference in readings. I also compared the monthly bills to the installation of antennas and to other things that they did in their home.

The results are shocking! See the attached pdf.

In brief, the annual cost of electricity increased in the Stankavich home by $1000 (from $1400 per year to a whopping $2400) and this increase corresponded to the construction of an antenna nearby and not to unusual weather patterns or changes in usage.

Dave Stetzer suggested that they install a choke at their watt-hour meter and immediately their electrical bill began to fall. The choke was install on March 7th 2005 and they noticed a difference in their monthly bill by April. That year the amount they paid for electricity dropped by $600 and they did this by buying a few meters of electrical wire and a clip. 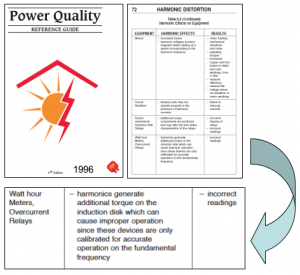 By the way, the electrical utilities know about this. Ontario Hydro identifies this as a problem in their 1996 Power Quality Reference Guide. They state that harmonics (these are multiples of the fundamental 60 Hz frequency) can generate additional torque which can cause improper operation and thus generate ‘incorrect readings’ on watt-hour meters

I don’t know how wide spread this problem is but if you want to test it on your own home, this is what you need to do. Buy approximately 2 meters of 12 or 14 gage building wire at a hardware store. Strip the ends. Wrap this wire around the electrical line that connects to your electrical meter at the side of your home. Ten coils around the line should be sufficient and then connect the two stripped ends with an electricians plug. That’s it. This is called a choke and it reduces (or chokes out) the high frequencies on the line leading to you watt-hour meter. The meter should become more accurate and the electricity bills should be lower if there was indeed some high frequency interference on the line. 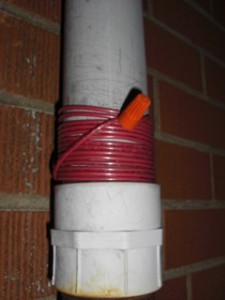 If you decide to test this I would be interested to know what happens.