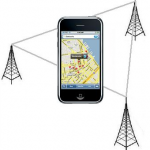 Those who aren’t sensitive to electrosmog have difficulty understanding how seriously life can be adversely affected for someone who is sensitive. “Sensitives” have difficulty surviving in a world that is increasing filled with radio frequency radiation. They move to the country to get away from the radiation only to learn of a proposed new tower just meters away. The article in the link below appeared in the Peterborough Examiner and provides an insight into what such a world would be like.

It starts . . . Imagine a world identical to our own with one exception . . . everyone is deaf. There is no radio, and television remains at the level of the silent movie. Telephone communication is visual but beyond that the world is very much like our own. What would such a world be like? . . .