Update: Is there an association between covid-19 cases/deaths and 5G in the United States?

May 22, 2021:  This is an update of an earlier post questionning the associationg between covid-19 attributed cases and deaths and rollout of 5G technology in the United States.   Since that post we did more analyses and the results are now published.

You may have seen another post asking for volunteers for the Global EMF Monitoring Network.  That project is progressing well and one of the benefits is that volunteers monitored communities in the U.S. that had one of the following:  4G LTE; 5G + 4G LTE; 5G + 4G LTE + mmWaves.  We can now analyze the radio frequency radiation in communities with increasingly “upgraded” telecommunication service.  And here are some of the results. 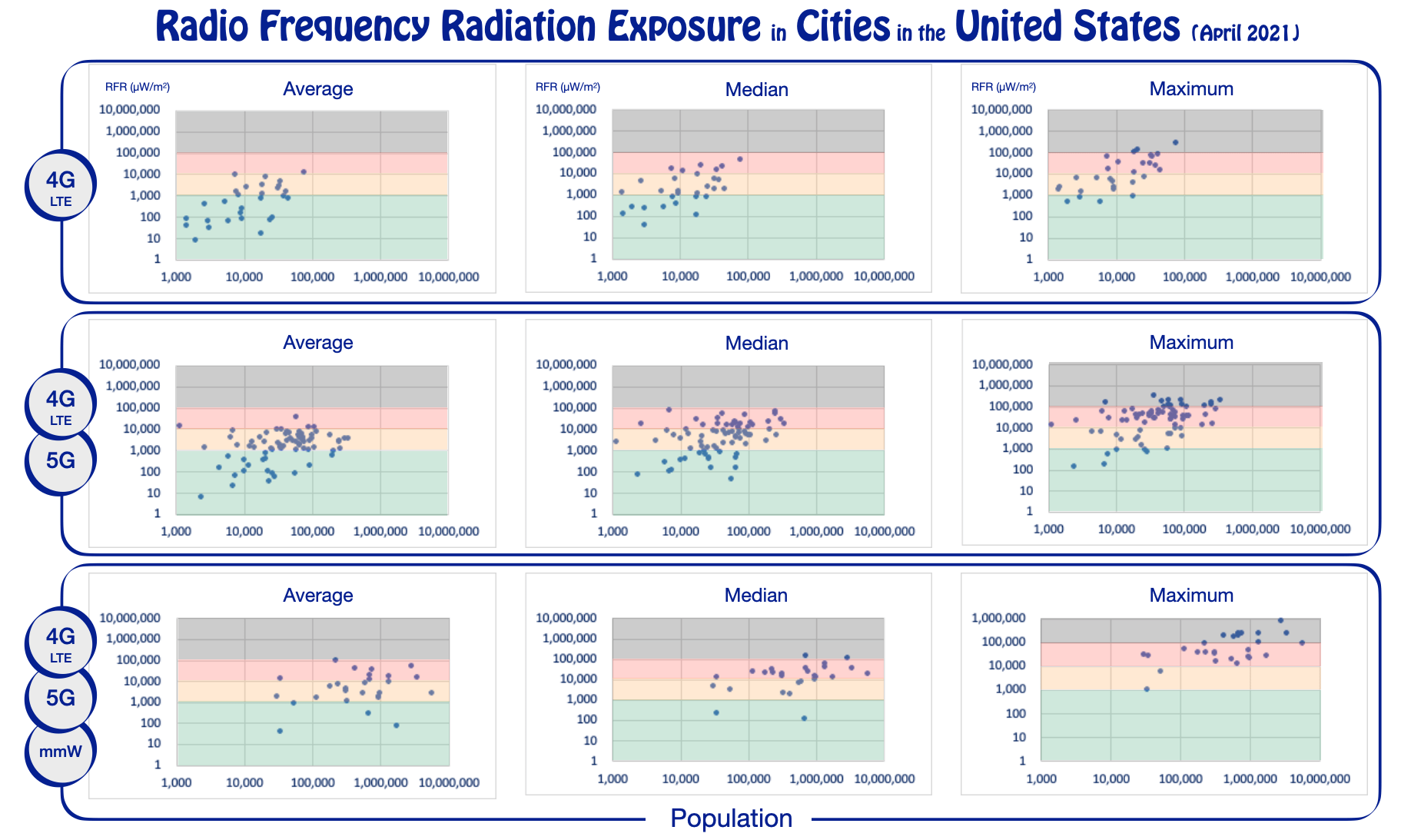 The graphs show an upward migration of radio frequency exposure with increasingly more “advanced” technology.  Despite the fact that our metes were unable to monitor the mmW, levels of RFR tend to be higher in these communities compared with those that have 5G but don’t yet have mmW technology activated. 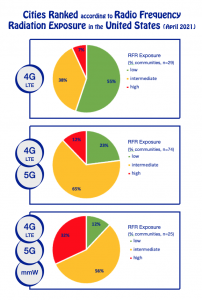 We ranked cities into low, intermediate or high RF exposure and the percentage of those cities are illustrated in the pie charts.  For more informtion on how we did this ranking visit globalEMF.net. The pie charts show that fewer cities with 5G mmW technology have low RFR exposure (green) compared with 4G and non-mmW 5G communities.  Similarly, they have more cities in the “red”.

This does confirm that more cities with 5G mmW have higher RF exposure compared to cities without 5G technology and to those without mmW technology activated.

For more information on these and other results, visit globalEMF.net.